Join Us Online via Skype

BOISE ZEN CENTER
On 24th October, 2017, we opened the Boise Zen Center at 1524 W. Hays Street in the north end of Boise, Idaho. Our mission is to have a place where people can explore meditation and koans; feel free to ask questions; engage in conversation and be part of creating a community where everyone is welcome.

Jisen began practicing in 1995; the first introduction to Buddhism was at Gampo Abbey with the late Ani Tsultrim Palmo. From there, she studied with Rev. Daien Bennage, her root teacher at Mt. Equity Zendo in 1996 and then formal training with Rev. Kyoki Roberts, Ordination teacher. Together they established the Zen Center of Pittsburgh, a residential temple in the outskirts of Pittsburgh in the lineage of Dainin Katagiri Roshi (1928-1990). She ordained at the Zen Center of Pittsburgh in 2005, and completed her Head Novice position at Shasta Abbey in 2009. In June, 2012, she received Dharma Transmission and began City Dharma in Squirrel Hill, a historic neighborhood in Pittsburgh. After leaving Pittsburgh in late summer 2106, she moved to the upper northwest. Her background includes degrees in music, dance, physical therapy and certification as an Alexander Technique Teacher. 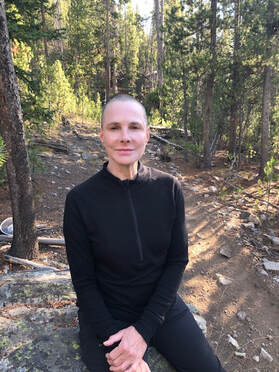